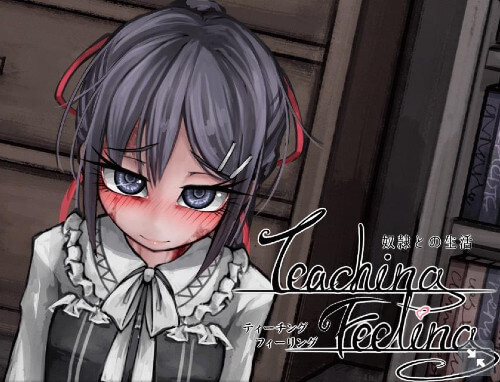 Do you like the idea of an innocent girl appearing in front of you out of the blue, calling you her master, and doing everything that you ask her to? If you do, then continue reading this review because we have the perfect game for you.

It gets even better for you since this game is purely 18+ and fulfills all your fun adult desires. Ray-Kbys, who also goes by the name of Freakily Charming, is responsible for designing, writing, and developing this game. 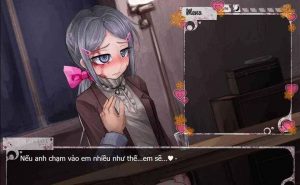 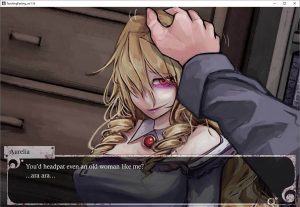 This PC Game revolves around a doctor and a slave girl known as Sylvie. The doctor ends up saving the life of a man. But the man is unable to pay the expenses and offers the slave girl as a form of debt repayment. Here, you play the character of a doctor and take the girl under your wing and become her guardian.

The slave girl had been brutally abused by her previous owner, so it became hard for her to keep her guards down. Things were super weird at first between her and the doctor.

The girl has a natural distrust because of the trauma that she endured. However, with time and communication, the doctor and the girl become friendly. They develop a strong bond and go out together.

He buys her clothes, and she wears them. With time, they both fall in love and become intimate in every way. She is naturally submissive because of her past trauma, but the goal is to break that mentality.

By taking the role of a doctor, you have complete power here. You control how things pan out and the girl’s fate too. Here, you have two options at the start of the game. You can choose to be nice to get her to open up, where she will give herself to you in perfect time.

But you can also choose to be a rude person and force yourself upon her. However, the latter will only lead to her demise in the end. Since she is already a broken person, you need to work on putting her pieces back up and get her to fall in love with you.

The gameplay is super simple, where you get to make a certain choice every day. The options that are available in front of you are direct, and they are both good and bad consequences. You can choose to talk to her, rub her head, or force yourself upon her. We would advise you to avoid choosing to force yourself on her because she will end up dying in the end. It equals your game is over and a broken relationship from the get-go. Now you don’t want that from the jump, right? So, make sure to choose wisely.

Here’s the catch; regardless of the story being a game, your choices are real and based on your emotions and a clear conscience. Your decision will reveal part of your conscience, and that’s the truth. From the day you adopt her, you will see that her eyes seem lifeless, and her body is covered with scars that look like blood. All of her wounds were inflicted by the previous owner, which is just sad. Plus, she believes that she still isn’t fed even when you feed her.

You could be serving her rice, leafy greens, and meat, but she will still be under the delusion that she isn’t fed. This behavior stems from the last owner who tortured her badly. The game is all about choices, and you need to be careful of them. In the first few days, the key is to feed her and allow her to get some good sleep.

Don’t avoid doing this because her fragile health will be affected, and she will die on the 15th day. As you progress into the game, you will start to garner newer options.

They include going out shopping, eating out at restaurants, walking, and making love. Keep in mind that Sylvie’s face will change based on her affection level for you. If you are following all the rules so far in the game, then her face will only start to become better, and her distrustful nature will begin to break.

However, she only has a few numbers of outfits in the entire game, and they aren’t the easiest to unlock. For the background, you will come across a couple of scenes inside the house accompanied by dark shades, along with some shops.

Teaching Feeling features about 5 H Scenes where every one of them has varying levels. And it all depends on how intimate you get with Sylvie. Every scene in the game has intense euphoria levels, facial expressions, hearts flying on the screen, and love juices.

The number of cute hearts, which show up on the screen will be equal to the euphoria level Sylvie is feeling. Plus, the game has monotonous background music. To win, you need to be gentle, generous, compassionate, and a gentleman.